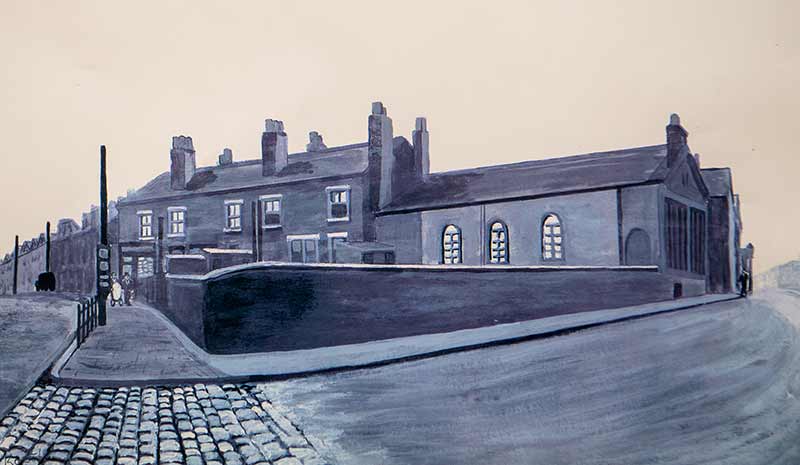 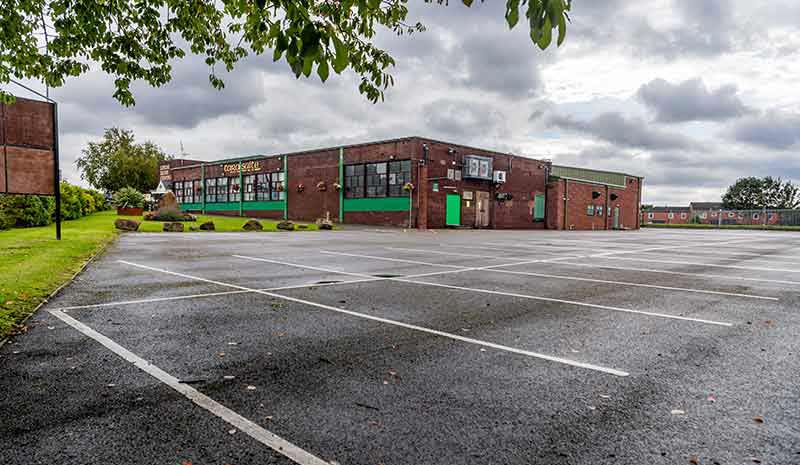 Today the Leeds Irish Centre boasts a membership of 1150 people, offers 4 function suites, a private members bar, a sports field with changing and showering facilities. The commitment of the members to the Irish Centre is second to none, from the Trustees to the Committee who all give their time voluntarily, as well as a professional management team and support staff of 15. With an annual turnover in the region of 1.3m the Leeds Irish Centre has come a long way since the land was purchased in the 1960s.

Towards the latter part of the 1960's 3 Acres of land in the East of the City was acquired by Councillor Michael Rooney on behalf of the Irish Community for people who had arrived in the City seeking employment.

The building of the motorways and construction of many large projects including St James hospital (at that time the largest in Europe) ensured a plentiful supply of work. Indeed, many came to work in the hospitals such as The Leeds General Infirmary. The still vibrant clothing and engineering industries also offered a great diversity of employment.

The proposed Irish Centre project began in 1968 backed by the famous local brewery Joshua Tetley & Sons. The initial Contractors were Messer's Harrison and the architect George Adkin A.R.I B.A The building opened for business on January 20th 1970. People travelled from all over Yorkshire and Lancashire to visit the first purpose built Irish Centre in the country. The official opening ceremony was held on the 8th of June 1970.

The New Centre was to change the lives of the people who had supported the other Irish clubs in Leeds since before the turn of the century. One club was situated south of the river in Hunslet. One in Fenton Street in Woodhouse, another in east Leeds near the famous Mount St Mary's Church and of course the predecessor of the Leeds Irish Centre the club off Briggate in Leeds City Centre known affectionately as the "Irish Nash”. This had been a Davitt Land League Club and had originated in the 1880's

Within 18 months of opening the building had already been enlarged with the addition of a Games Room, Members Meeting Room, and a Lounge Bar. This Second phase was built by Chellow Dene and was officially opened on September 6th, 1972.
Phase 3 included the landscaping of a sports field and a new shower block which was completed in 1987 and opened by Fr McGillicuddy under the name of the Davitt sports field in honour of Michael Davitt who also gave his name to the newly enlarged games room in 1995.

The 25th Jubilee Celebrations saw a Centre free from debt and no longer tied to a brewery. The O'Meara Lounge was named in recognition of Canon O'Meara, our former Spiritual Director (RIP) and Parish Priest of Holy Rosary Church Chapeltown.

By 1991 there had been changes in the licensing laws and with this in mind it was decided to form The Tara Suite Ltd. This enabled the Centre to hire out the function suites within the Centre to the public. From now on our largest room was to be known as the Tara Suite which incorporated the Avoca Lounge and The Claddagh Room.
In its entirety the Irish Centre consists of the Tara Suite, the O'Meara Lounge, and the Davitt Bar.

The Leeds Irish Centre is the premier Irish Centre in Britain. It prides itself in working alongside a vast array of Irish cultural groups including The Leeds Branch of Comhaltas, The GAA, and Irish Dancing classes. We also have Music Sessions, Ceili's and performances from Irish bands throughout the year. We have many Sports events including GAA, Boxing Tournaments and Golfing events to name a few. The newly established Tuesday Club which hold activities for the over 55 each Tuesday from midday to 4 pm is also one of our highlights.