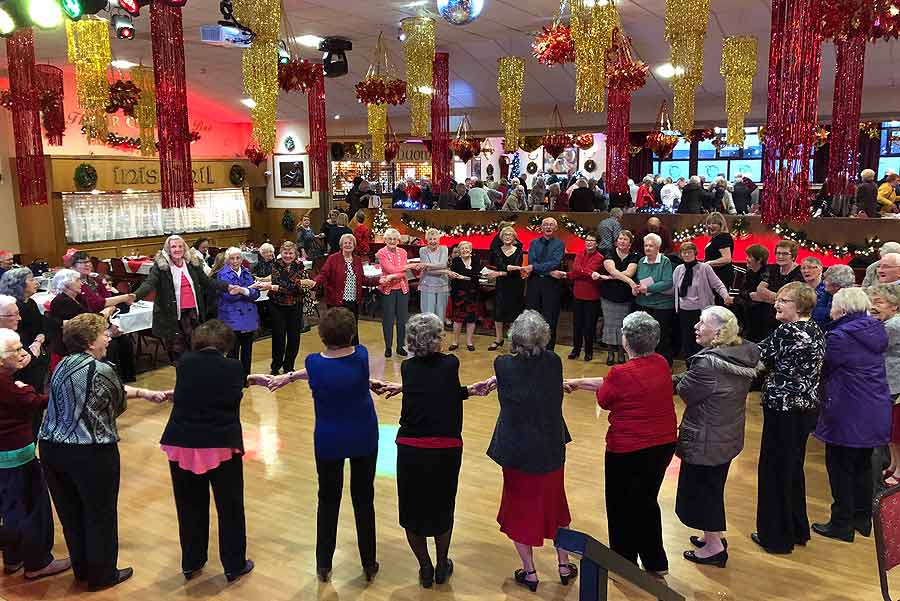 "ONE November DAY in 1999, Tommy McLoughlin and I were talking and he said that he would like a new project for the millennium.
It had been identified that a large number of the Irish community living in the city of Leeds
were in their autumnal years and there were very few avenues for such groups to meet to
preserve their culture.

For this reason, the Tuesday club was formed for socialisation and support.
Just five people attended on our opening day, 9 January 2000, but the numbers grew quickly
until we had 200 regularly attending each week and soon ended up with a waiting list for
people eager to join the club.
We had a wonderful group of volunteers and we set up a committee for decision making.
Mary Tobin was secretary, Mary Carew (RIP) was the treasurer and I was chair, all overseen
by Tommy.

It is lovely to see all the members enjoying their time at the centre. The day consists of lunch,
dancing to DJ Joe, a raffle and a game of higher and lower.
There is always a vibrant and fun atmosphere with a buzz of conversation. After six years, I
retired from my position as chair and since then I have enjoyed being a regular attendee.